Our Team Fortress 2 servers are the cheapest prices on the market, meaning that you can now play your favorite game for less. With server hosting you are able to jump in and out of your game with out the fear of your world not being online because your friend who is hosting it on their machine is not on. With 24/7 access and great customer support we will have playing in no time. 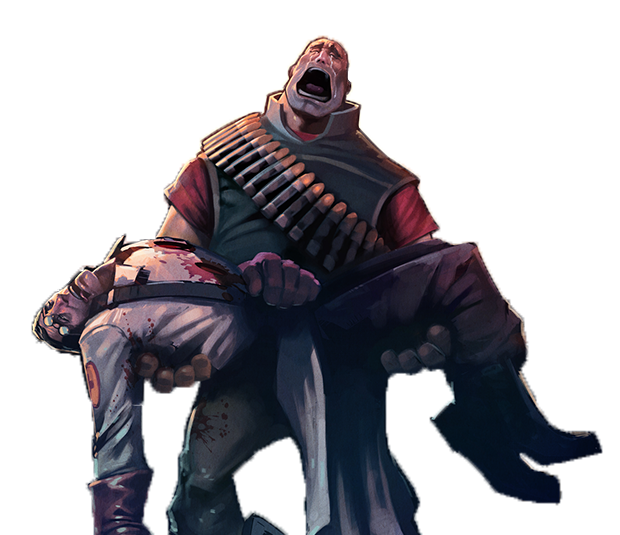 Team Fortress 2 is a team-based multiplayer first-person-shooter video game developed and published by Valve Corporation. The game is famous for its cartoonish graphics, offbeat humor, and wide variety of player classes, items, and game modes. Originally developed as a fan-made mod pack in 1996 for the first-person-shooter Quake, the original developers were hired by Valve in 1998 to port the game over to the GoldSrc engine as Team Fortress Classic. After a protracted development period, Team Fortress 2 was eventually released in 2007 as part of The Orange Box video game compilation that included the colossally successful Half-Life 2 and Portal titles. Team Fortress 2 would itself become an instant success and receive critical acclaim for its art style, gameplay, and a level of humor and character normally not found in a multiplayer game. Valve later announced the game would be free-to-play and available for download through their Steam digital distribution software in 2011.

Team Fortress 2 gameplay consists of two opposing teams, the Reliable Excavation & Demolition (RED) and the Builders League United (BLU), that compete against each other across various maps in an attempt to complete objectives before the other team does. Game modes include Capture the Flag, King of the Hill, Payload (One team attempts to escort a rail car filled with explosives to the opposing teams base while the opposing team tries to stop them), and Team Deathmatch.

Valve originally intended for the game to have realistic graphics and had even given it the tagline “Brotherhood of Arms.” Thankfully, that design was abandoned in favor of humorous, cartoonish artwork inspired by early twentieth century illustrators Norman Rockwell and Dean Cornwell. According to audio commentary for the game, the cartoon was ultimately chosen because it made it easier for the player to suspend disbelief for the other unrealistic parts of the game already incorporated such as the sectioned off maps and cartoon-physics. The designers gave each character a unique silhouette and a unified color palette (either red or blue) so that a player looking at another could immediately identify what class they were and what team they were on. A similar process went into designing the team areas, with the RED team base favoring warm colors and natural materials while the BLU team base oppositely features sharp colors and a more industrial design.