Our Counter Strike Source servers are the cheapest prices on the market, meaning that you can now play your favorite game for less. With server hosting you are able to jump in and out of your game with out the fear of your world not being online because your friend who is hosting it on their machine is not on. With 24/7 access and great customer support we will have playing in no time. 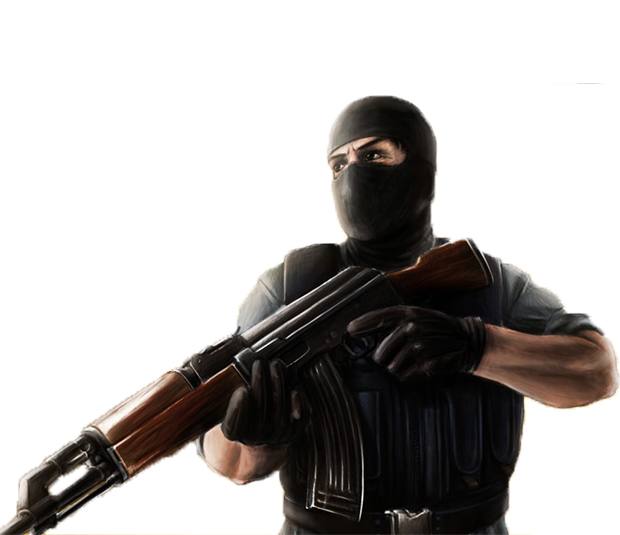 Counter-Strike: Source is a multiplayer first-person shooter developed by Valve Corporation as a complete remake of the original Counter-Strike, replacing the aging GoldSrc engine with their more advanced Source Engine. As in the original, Counter-Strike: Source matches a team of Counter-Terrorist agents against a team of Terrorists in a series of rounds. Winning a round is accomplished either by eliminating the members of the opposing team or by completing a mission objective (such as detonating a bomb or rescuing hostages).

Counter-Strike: Source retains the original title’s focus on team-based cooperative game play. Each map is played with the goal of completing the map’s specific objective such as defusing a bomb, rescuing hostages, or killing the entire opposing team. Ultimately, the aim is to win more rounds then your opposition. In most cases, players that have been killed do not respawn in the current round but must wait for the next depending on the difficulty of the server selected for play – a feature not typically found in other first-person-shooters.

Additional realistic touches to the gameplay included decreased accuracy while shooting and moving at the same time, severe recoil while shooting continuously, and weapon damage severity based on the specific target locations hit with head shots being lethal and other body shots causing various levels of health damage.

Counter-Strike: Source was originally released by Valve in 2004 as a beta to members of their Valve Cyber Café Program, owners of Counter-Strike: Condition Zero, and those who had received a Half-Life 2 voucher bundled with some ATI Radeon video cards. In 2006 Valve released an experimental update that included a controversial Dynamic Weapons Pricing system wherein item prices were determined based on the demand for them from the previous week. The community was hyper-critical of this update and the system was quickly removed a few short months later.

Counter-Strike: Source was met with critical acclaim and still maintains an 88 out of 100 score on game review aggregator website Metacritic.